Menu
No Comments
Newspaper Story: Our client, Kennedy Wilson Auction Group was mentioned in  a news story about an upcoming Auction in Las Vegas, Nevada

A California-based investment company sought bids for the Stephanie Beltway Plaza near Interstate 215 in Henderson taken back in a foreclosure. 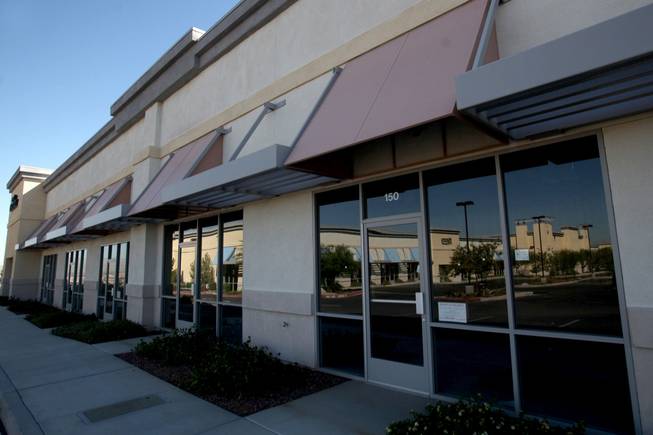 Lenders are picking up the pace of foreclosing on commercial properties in Las Vegas in a move that could further reset prices and prompt rents to fall even further, analysts said.

There’s no consensus on how many properties will be foreclosed upon except that it will fall short of the tsunami of commercial foreclosures that many in the industry were talking about 18 months ago.

That wave never materialized as investors remained on the sidelines ready to scoop up discarded properties. Instead, lenders were working with owners to lower interest rates and extend loans. Now that philosophy is starting to change.

“Banks are in the business of lending money and not in the business of managing property,” said John Delikanakis, an attorney with Snell & Wilmer, who represents both banks who foreclose on properties and commercial property owners facing foreclosure. “Because of that, a number of banks have been hesitant to pull the trigger on foreclosures, but we have seen recently banks are beginning to go ahead with the foreclosure process.”

Banks had been working with borrowers who had a stream of income to pay down the loan when the economic downturn began more than two years ago, but more banks realize that strategy isn’t going to work and want to get the properties off their books.

“I don’t think it’s going to be a wave, but a series of small waves,” Delikanakis said.

The foreclosures include both retail centers where tenants have gone out of business and vacated space and office buildings — ones owned by developers who have lost tenants and those owned by the businesses that operate out of them, Delikanakis said.

What’s happening in the commercial sector isn’t unlike what happened to the residential market in Las Vegas, said Brian Gordon, principal at Applied Analysis, a research consulting firm. The values of commercial properties have declined because of the weak demand for space, he said.

Although banks have been willing to work with borrowers, some values are so far underwater and cash flows are insufficient to service any of the debt and pay for operations, Gordon said. By taking over the properties, the banks have control over leasing and even disposal of the properties.

“We have now seen sustained losses for the better part of two years, and the reality of the situation has set in for some banks who are opting to take over those assets,” Gordon said.

Rob Moore, who heads the recently opened Las Vegas office of Faris Lee Investments, a real estate advisory firm, said he expects commercial foreclosures to increase over the next three to five years because banks need to sell the properties to get the liquidity they need to make loans again.

“Banks are beginning to realize where they are at in that loan,” Moore said. “They were postponing it waiting for things to get back where they can get out of the hold, but that’s not going to happen.”

“The time for ‘extending and pretending’ by the banks for a variety of commercial real estate loans has ended,” Restrepo said. “There finally is a realization by the banks, regulators and borrowers that the market will not recover sufficiently to save many commercial projects from foreclosure. While, in the short term, rising foreclosures are very disruptive to our already fragile commercial markets, it’s the only real cure for the markets to start healing.”

“I hate to sound like the Grim Reaper but we could be at this another two to three years,” Ray said. “We are in the first quarter of a four-quarter game.”

Any asset of any value that hits the market has been gobbled up by investment groups, Ray said.

Properties that are sold at discounted prices allow those new owners to trim rents and puts further pressure on developers to lower rents to retain tenants, analysts said. Commercial properties have already dropped in value in a range of 25 to 75 percent, depending on their location.

Mike Mixer, managing partner of Colliers International Las Vegas, which recently added a division to manage properties taken back by banks, said that while it appears that banks are being forced by regulators to deal with the problem loans rather than “kick the can down the road any longer,” he doesn’t believe there will continue to be loans that get worked out behind the scenes.

“There is going to be some pain and re-pricing, and it could affect rents for a little bit longer,” Mixer said. “We have to step backward to get forward and take the pain and flush it through the system.”