Newspaper Story: Our client, Kennedy Wilson Auction Group was featured in a  story about an upcoming Auction in Portland, Oregon. 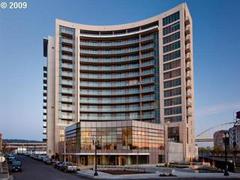 The 177-unit Encore, built by Hoyt Street Properties, has 12 closed sales through March 10.1. Portland condo prices down 30% in February from original list prices: The downtown condo market continues to struggle amid the recession, tight lending standards and a supply glut. In February, 13 new condos sold among the major downtown projects. Among those sales, the prices were 30.5 percent below the units’ original list prices, according to sales firm Realty Trust City. The John Ross, which is now headed to auction, posted the most sales in February at 5. New sales in 2010 are averaging $352 per square foot. The for-sale condo inventory – including both new and existing condos – was 27 months in February. That’s more than double the inventory across the Portland market. For all you wanted to know about the John Ross auction, check out my post from this morning.

3. Federal program would pay homeowners, banks to encourage short sales: From the New York Times while I was away: In an effort to end the foreclosure crisis, the Obama administration has been trying to keep defaulting owners in their homes. Now it will take a new approach: paying some of them to leave. This latest program, which will allow owners to sell for less than they owe and will give them a little cash to speed them on their way, is one of the administration’s most aggressive attempts to grapple with a problem that has defied solutions.

4. Jumbo share of mortgage market slipped to 5% in 2009: Five years ago, the jumbo mortgage market accounted for 18 percent of new loans in the United States. But in 2009, the jumbo loan market share fell to just 5 percent, according to trade journal Inside Mortgage Finance. Jumbo loans are those above about $417,000. The volume of jumbo loans fell 6.1 percent between 2008 and 2009 even thought total mortgage production rose 21 percent in the same period. Why the drop? Banks have tight underwriting standards for jumbos because they’re generally forced to hold the loans rather than sell them off. The jumbo RMBS market is also showing rising delinquencies.

5. Commercial and multifamily mortgage delinquencies rise in Q4: CMBS loans that are at least 30 days late rose from 4.06 percent in the third quarter to 5.69 percent in the fourth quarter. A year ago, that rate was just 1.17 percent. MBA vice president of commercial real estate research Jamie Woodwell said: “Continued job losses, consumer restraint and a lack of household growth all sustained the pressure on commercial real estate operations and mortgages during the fourth quarter.” Here’s the MBA report for more.