TORONTO STAR NEWSPAPER STORY Our client, Darren Weeks, Founder of THE FAST TRACK GROUP  was featured in a story about teaching children about money at an early age. 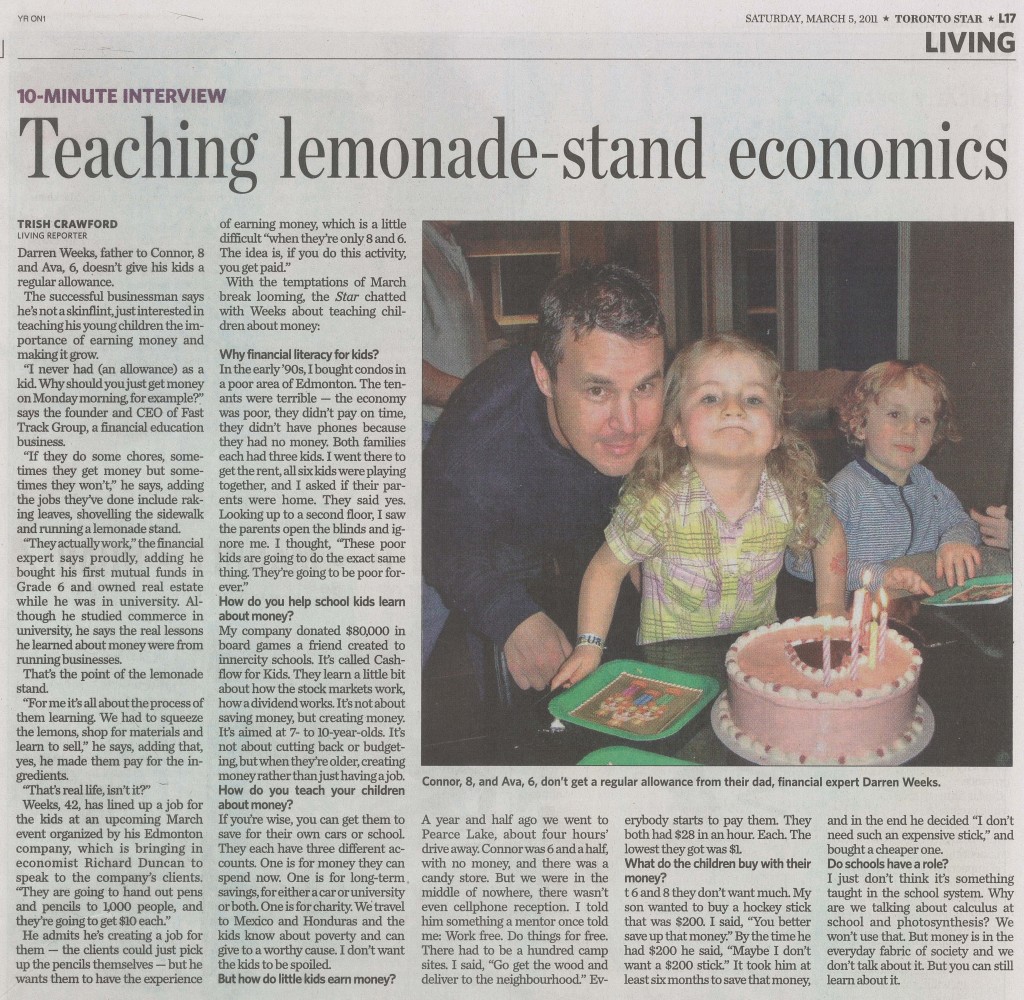 Darren Weeks, father to Connor, 8 and Ava, 6, doesn’t give his kids a regular allowance. The successful businessman says he’s not a skinflint, just interested in teaching his young children the importance of earning money and making it grow.

“I never had (an allowance) as a kid. Why should you just get money on Monday morning, for example?” says the founder and CEO of Fast Track Group, a financial education business. 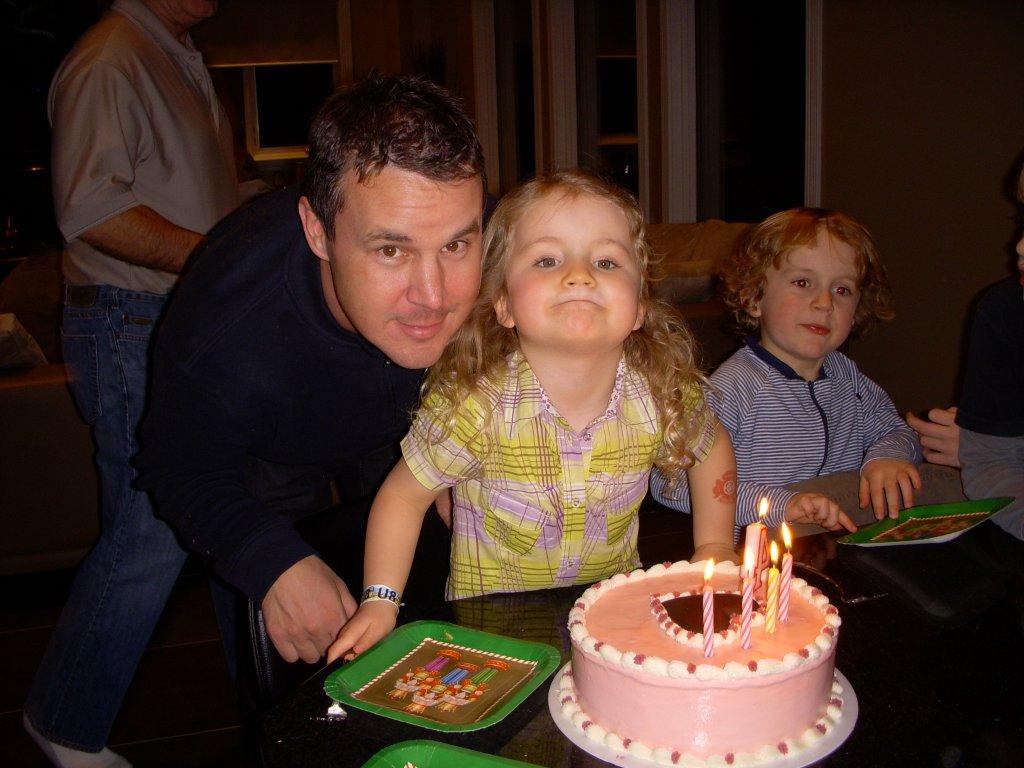 “If they do some chores, sometimes they get money, but sometimes they won’t,” he says, adding the jobs they’ve done include raking leaves, shovelling the sidewalk and running a lemonade stand.

“They actually work,” the financial expert says proudly, adding he bought his first mutual funds in Grade 6 and owned real estate while he was in university. Although he studied commerce in university, he says the real lessons he learned about money were from running businesses.

That’s the point of the lemonade stand.

“For me it’s all about the process of them learning. We had to squeeze the lemons, shop for materials and learn to sell,” he says, adding that, yes, he made them pay for the ingredients.

Weeks, 42, has lined up a job for the kids at an upcoming March event being run by his Edmonton company, which is bringing in renowned economist Richard Duncan to speak to the company’s clients. “They are going to hand out pens and pencils to 1,000 people, and they’re going to each get $10 each.”

He admits he’s creating a job for them — the clients could just pick up the pencils themselves — but he wants them to have the experience of earning money, which is a little difficult “when they’re only 8 and 6. The idea is if you do this activity, you get paid.”

With the many temptations of March Break just around the corner, the Star chatted with Weeks about teaching children about money:

Why financial literacy for kids?

In the early ‘90s I bought condos in a poor area of Edmonton. The tenants were terrible — the economy was poor — they didn’t pay on time, they didn’t have phones because they had no money. Both families each had three kids. I went there to get the rent, all six kids were playing together, and I asked if they’re parents were home. They said yes. Looking up to a second floor, I saw the parents open the blinds and ignore me. I thought, “these poor kids are going to do the exact same thing. They’re going to be poor forever.”

How do you help school kids learn about money?

My company donated $80,000 in board games a friend created to inner-city schools. It’s called Cashflow for Kids. They learn a little bit about how the stock markets work, how a dividend works. It’s not about saving money, but creating money. It’s aimed at 7- to 10-year-olds. It’s not about cutting back or budgeting, but when they’re older, creating money rather than just having a job.

How do you teach your children about money?

If you’re wise, you can get them to save for their own cars or school. They each have three different accounts. One is for money they can spend now. One is for long-term savings, for either a car or university or both. One is for charity. We travel to Mexico and Honduras and the kids know about poverty and can give to a worthy cause. I don’t want the kids to be spoiled.

But how do little kids earn money?

A year and half ago we went to Pearce Lake, about four hours’ drive away. Connor was 6 and a half, with no money, and there was a candy store. But we were in the middle of nowhere, there wasn’t even cellphone reception. I told him something a mentor once told me: work free. Do things for free. There had to be a hundred camp sites. I said, “Go get the wood and deliver to the neighbourhood.” Everybody starts to pay them. They both had $28 in an hour. Each. The lowest they got was $1.

What do the children buy with their money?

Do schools have a role?

I just don’t think it’s something taught in the school system. Why are we talking about calculus at school and photosynthesis? We won’t use that. But money is in the everyday fabric of society and we don’t talk about it. But you can still learn about it.