NEWSPAPER STORY:  Our Client, Beltone Carolina/Virginia was featured in a story about giving the gift of Hearing to their patient Theresa Utley. 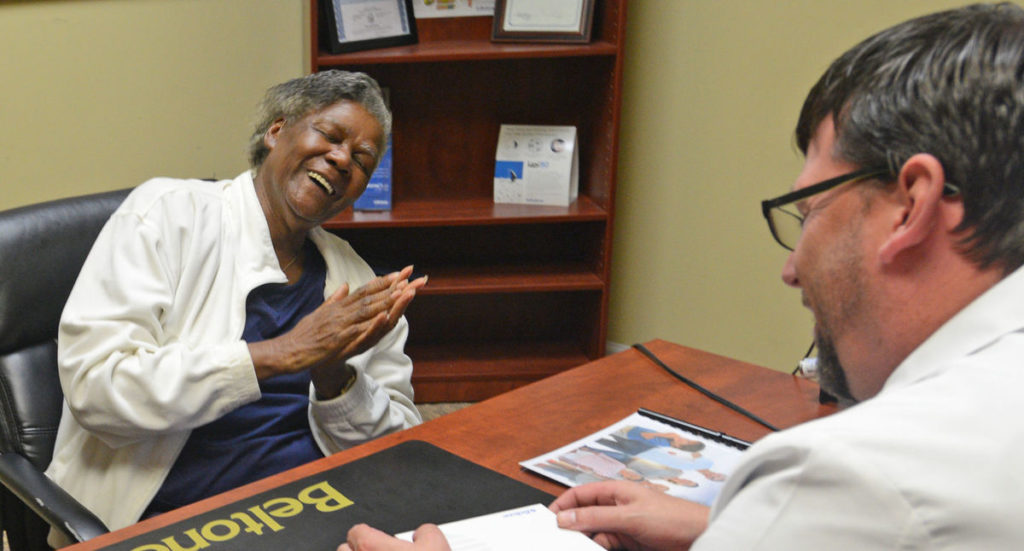