Menu
No Comments
NEWSPAPER STORY  Our Client,  Beltone Audiology and Hearing Aid Centers  was featured in a story about giving the gift of Hearing.  Michael Blackman  (Hearing Instrument Specialist) applied to the Beltone Hearing Care Foundation  on behalf of his  patient  Dominick LaCaruba.

All Ears For Care 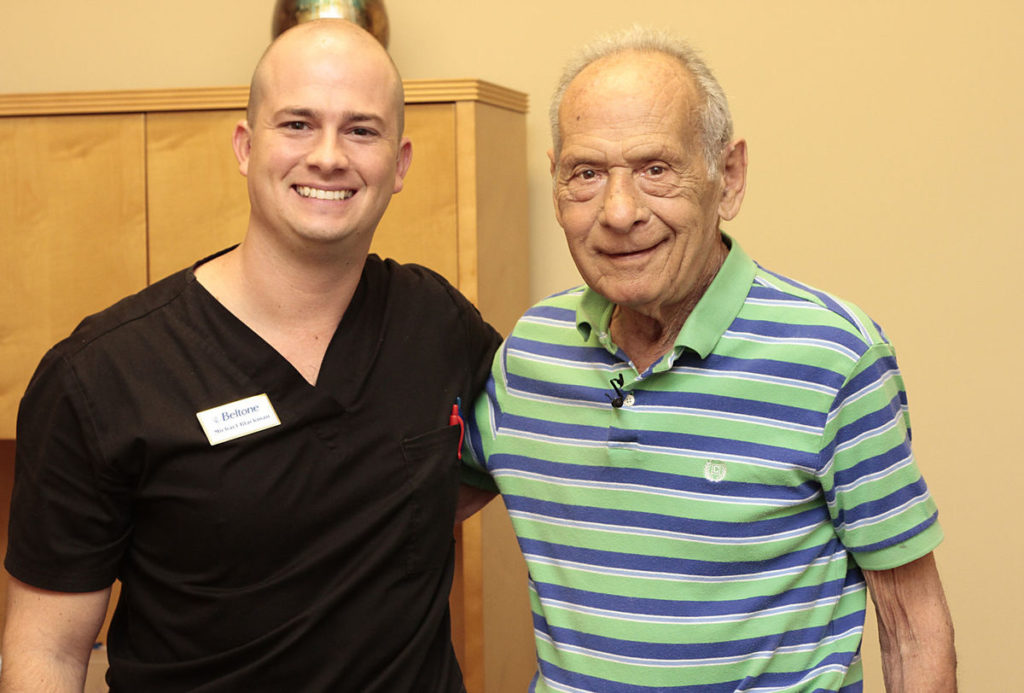 An 85-year-old Canton man who lost his hearing after he suffered a stroke is now able to hear again after being chosen to receive free hearing aids.

Beltone Hearing Care Foundation selected Dominick LaCaruba to receive care for free after receiving a letter from him explaining his severe hearing loss after he suffered a stroke.

After writing the letter to the foundation, LaCaruba was set on a journey to hear clearly for the first time in years.

“I had a stroke years ago, nothing that damaged my brain or movement, but I don’t know whether that did anything to my hearing. When it goes gradually, you don’t remember it,” LaCaruba said.

In his letter, LaCaruba said that he avoids going to family gatherings altogether because of his hearing problem.

“I’m constantly saying ‘what did he or she say or can you repeat that.’ When the television is blaring and if I have company, I have to turn it down or off,” he wrote the foundation. “When I speak to my grandchildren on the phone, it’s hard to hear them. I keep asking them to repeat what they said.

He said they used to call three to four times a week; now they call maybe once or twice a week.

“I’m thinking it’s due to my telling them to repeat what they said. I hope not,” LaCaruba wrote.

LaCaruba has severe hearing loss and had no financial ability to be able to afford new hearing aids.

“Beltone reached out to me — not me individually, but they sent out letters that they were giving free hearing aid tests so I came down and had the test,” he said. “I couldn’t afford the hearing aids.” 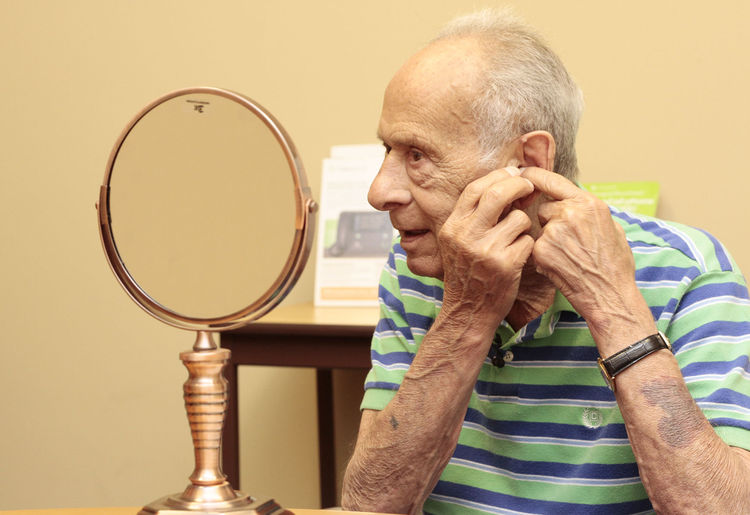 The Foundation, a charitable organization, donates hearing aids to those who are in need, and are unable to access them. Both individuals and organizations are eligible to receive assistance from the Foundation through direct nominations to Beltone or at one of its 1,500 locations across North America.

“This foundation gives us a new path to achieve this mission by helping deserving individuals and organizations in their communities enrich their quality of life,” said Trey Gorman, director of Georgia Operations of Beltone Audiology and Hearing Aid Centers.

LaCaruba was fit with his new hearing aids on June 20 at The Beltone Audiology and Hearing Aid Center located at 149 Reinhardt College Parkway in Canton.

“We have helped veterans in the past, those in terrible financial situations and we find those who are willing and those in great need … LaCaruba came across to us and I felt he was a great candidate for that and fortunately he got approved,” said Michael Blackman, Beltone Audiology and Hearing Aid Center of Canton hearing instrument specialist.

Blackman said he has been in communication with LaCaruba since just before Christmas last December.

“The foundation only meets a couple times a year and have a stack of applicants there. They go through those, find the most worthy and he got picked. We are fortunately able to help him out today,” Blackman said. “Whether it is him, the next person or the person this morning, this is my favorite thing absolutely because I know what it is like to sit in that chair as well.”

Throughout its 77-year history, Beltone has helped enrich the quality of life for countless hearing impaired individuals in the United States and around the world. By combining new technologies and care, the Beltone Hearing Care Foundation gives people the opportunity to hear. 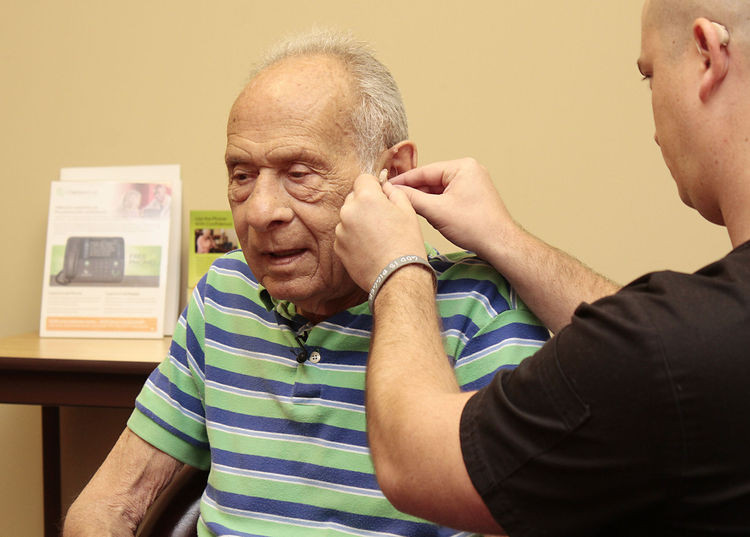 LaCaruba is fitted with his hearing aids by Blackman.

“When he goes home and is able to hear his family and grandkids more clearly and communicate with family who live in other states on the phone better … it is pretty neat,” Blackman said. “Every reaction is different, some people are silent and others want you to continue saying things — we never know but everyone walks out of here just grinning.”

Blackman went through a “boot camp” with LaCaruba where he learned and practiced how to put his hearing aids in, take them out, use them and change the batteries.

“I sound good to myself. I had a problem yesterday speaking to my grandson on the phone, I had a problem hearing him. This is very good; I like it. Everything is a lot louder and it sounds good,” LaCaruba said after putting the hearing aids in. “Everything sounds clearer and when he rattled the paper it was crisper. I will try my phone when I get home and see how I hear over that. I am just happy about it.”

Blackman said the next couple of months will be a time of adjustment for LaCaruba.

LaCaruba’s advice to others noticing a slip in their hearing, “get hearing aids” and “don’t be afraid to reach out.”

“I was fortunate to get them. Michael and Beltone did a lot for me and I am grateful for it,” LaCaruba said. “I want to thank them very much. I am just so excited.”