[Avionics Today April 22, 2014] The search for the missing Malaysia Airlines flight MH370 Boeing 777 aircraft is nearing the 50th day, and while there have been hundreds of theories on what happened, the families of the missing victims and the search crew looking for the aircraft will not know what happened until the flight data and cockpit voice recorders are recovered. 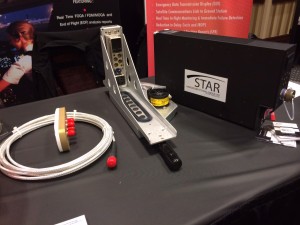 Since the aircraft originally went missing, aviation leaders such as the International Air Transportation Association (IATA) have called for better solutions for flight tracking. But, according to Star Navigation Systems Chairman and CEO Viraf Kapadia the technology to improve aircraft tracking exists today.

Star Navigation Systems, based in Canada, already has technology that enhances aircraft tracking for airlines and fleet operators using real time flight data streaming. While the company does not claim their products could have prevented the Malaysia Airlines incident, they do claim to have a solution that could enhance an airline’s ability to monitor the status of all of its aircraft in-flight in real time.

“The most important thing is finding out what happened and getting that information to their families,” Kapadia said during an interview with Avionics Magazine. “But we do feel the industry needs to look at it as a whole, and if our box can help save lives, why not discuss it and try to prevent similar occurrences in the future?”

The box Kapadia is referring to is Star Navigation Systems’ In-Flight Safety Monitoring System (ISMS), which is designed to fit in an aircraft’s avionics bay and continuously monitor selected avionics systems on the aircraft as it flies, instantly analyze the data, and transmit that data and any incident alerts via satellite to the airline’s ground-based flight operations or engineering department. Ground based engineers can access the data through the company’s Airborne Data Services (ADS) program, delivered through a web-based Graphical User Interface (GUI) that can be accessed on laptops, smart-phones and tablets with a password.

The ISMS has been approved for both the Airbus A320 and Boeing 737 by Transport Canada, but has not garnered widespread use throughout the industry, despite the Bureau d’Enquêtes et d’Analyses (BEA) report following investigation of the Air France 447 crash in 2009 indicating that a solution similar to the ISMS could have prevented that crash because of the trend monitoring it provides, and its ability to indicate problems with certain aircraft systems, Kapadia said.

“We do something called tweets and heartbeats, tweets are sent every 5 minutes or so depending on what the airline wants to do as far as transmission, and this can say a lot of things about things that are going on in the aircraft. Heartbeats are every 5 seconds or so depending on the amount that the airline wants, latitude, longitude, height, speed angle, attack, banking, everything,” said Kapadia.

“The data in the aircraft usually moves through various levels to get to a decision whether its an incident dissemination, incident investigation or an accident investigation. There are as many as 15 steps in some cases, but because ours is an automated system, we cut out a lot of steps.”

At the Dubai Airshow, Kapadia said the ISMS box was acquired by an undisclosed Middle Eastern airline for eight of its aircraft. He hopes to see more airlines signing up in the near future. The company is currently working with Newport News, Va.-based ICG on a solution that would combine their real-time flight data processing technology with ICG’s DataLink solutions. Kapadia said he hopes the collaboration will eventually lead to a “full blown partnership,” and possibly an improved ISMS solution.

First Air, which operates throughout the Canadian Arctic region, recently signed an agreement with Flyht to add AFIRS to 21 of the aircraft within its commercial fleet which features a mix of Boeing 737s, 767s and ATR regional jets.

While neither Flyht or Star Navigation Systems is claiming their solutions could have prevented the Malaysia Airlines incident from occurring, both solutions are examples of technology intended to prevent similar incidents from occurring in the future. They’re also not the only members of the aviation industry looking at ways to improve aircraft tracking, as the International Civil Aviation Organization (ICAO) has organized a special meeting in Montréal in May to examine aircraft and satellite capabilities necessary to deploy a worldwide flight tracking service.

Kapadia said that instead of speculating about what may have happened, he and his company are focused on what is known about Malaysia’s Flight MH370, and how that will affect the industry. “Lets look at what happened, what we know, and continue trying to improve flying and try to get as much information about what happened to the families of the victims,” he said.